What I Won't Do For My Listeners: Lunch With Radical Red Rudy & Socialist Steve

While I don't agree with them politically - on almost anything - I can still break bread with them and have civilized conversation.  Radical Red Rudy and Socialist Steve, two nemesis callers on the show - joined Ashlee and me for lunch!  Yes, they did get a free lunch paid for by Jeff the Capitalist.  We went to lunch the day after President Trump's SOTU address where Speaker Pelosi ripped his speech.  I went from lunch back home and watched the President be acquitted in the impeachment trial.  There was plenty to disagree about but we made the choice to act like Americans, embrace the First Amendment and be decent to one another.  If we can do it, anyone can.

So many people ask me what these two characters of the show look like.  Both men gave me permission to use their photos, so here you go: 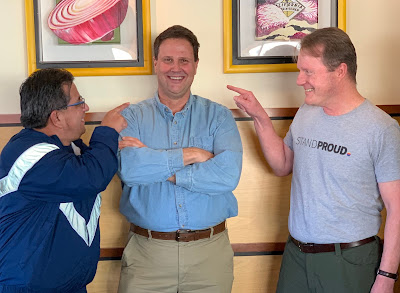 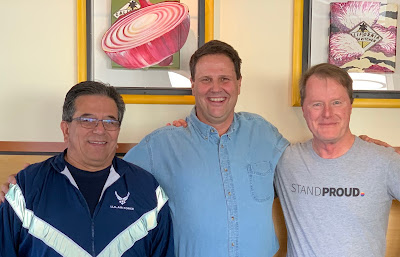 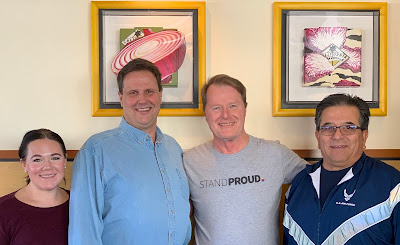