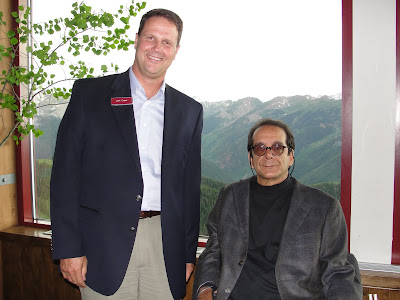 My favorite Krauthammer quotes are about life:

Talking about his accident in college that left him confined to a wheelchair, he told the Washington Post, "I don't like when they make a big thing about it.  And the worst thing is when they tell me how courageous I am. That drives me to distraction."
"That was the one thing that bothered me very early on," he said. "The first week, I thought, the terrible thing is that people are going to judge me now by a different standard. If I can just muddle through life, they'll say it was a great achievement, given this.”
"I thought that would be the worst, that would be the greatest defeat in my life -- if I allowed that. I decided if I could make people judge me by the old standard, that would be a triumph and that's what I try to do. It seemed to me the only way to live.”
Then, just two weeks before his death after getting his diagnosis, he said, "My doctors tell me their best estimate is that I have only a few weeks left to live. This is the final verdict. My fight is over.  I leave this life with no regrets. It was a wonderful life -- full and complete with the great loves and great works that make it worth living.  I am sad to leave, but I leave with the knowledge that I lived the life that I intended.”