Equality at the Point of a Gun

An Unenforced Right Is No Right At All

Doesn’t everyone have the right to self-defense?  Don’t women?  Of course they do, but women are more often threatened and victimized than men, and thus even more in need of firearms than men are. 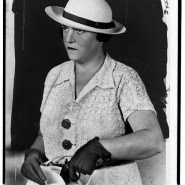 According to a CDC study, “One in six women has experienced stalking victimization in which she felt very fearful or believed she would be harmed.”  And that’s just here in the United States.  In our beloved Declaration of Independence, detailed among our inalienable rights are the rights to “life, liberty and the pursuit of happiness.”  Implicit in the right to life is the right to protect your life—and that doesn’t mean dialing 911 and hoping for the best.  It means having the right to protect and defend your own life.
But what of women in countries where that right is not as defined?  And what if those countries have high crime rates, or where women, under the law, are not created equal?

Guns Across the Planet

"Some people keep guns for fun, but for us, women, it is a necessity."
In Punjab, one of India’s most prosperous provinces, women have been issued 31,300 “arms licenses.”  Women there cite rising rates of sexual harassment and robbery for their need to arm themselves.  This despite having much more onerous firearms ownership laws than in the United States, and a storied history of personal disarmament.
In Turkey, where the patriarchal culture often fails to protect even obviously at-risk women, “honor-related” homicides are all too common. This is a country where a woman’s most likely assailant is her husband, brother, or other male relative, and only now is there even a debate on a woman’s right to bear arms.
In the midst of this culture stands Hayrettin Bulan, a male women’s rights activist, training women in self-defense, including the use of firearms.  Although general access to firearms in Turkey is not a problem of late (there was strict gun control in 1911, followed by genocide of the defenseless Armenians), it is not as socially acceptable for a woman to arm herself as it is for a man.
Sounds like a war on women to me.

And Who Will Stand With Them?

And where is the National Organization for Women (NOW) on this?  Aside from supporting restrictions on perpetrators of domestic violence, they offer nothing to support the rights of women, here or internationally, to protect themselves with firearms.  Aren’t women who don’t live with our constitutional protections entitled to defend their life from those who threaten them?E
Let’s hear it for being “created equal” and having a solid right to keep and bear arms.

Laura Carno is a Political Strategist located in Colorado Springs, CO.  For more blogs, go to www.lauracarno.com
Posted by Laura at 7:11 AM