Rolling in the Dough: Use Memorial Cash for Increased Bus Service 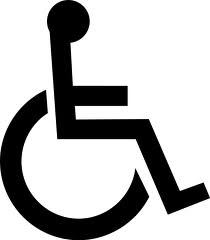 I’d like to talk about health care in Colorado Springs by knitting together two stories that very much go together.

The first story involves a meeting I attended at City Hall on October 27th where members of the public were able to weigh in on the proposed City budget. There were several groups whose members testified passionately about why the budget should be increased in given areas. The group that made the most lasting impression on me was a large group of adults, mostly in wheelchairs, who use the City bus service. They testified to the impact of not being able to get to their doctor appointments, church, and other destinations. This group testified on behalf of many other physically and mentally handicapped users of the bus service. Bus service has been reduced in recent years due to budget considerations, and they requested an additional $100,000 per year.

The second story, just developing, is the RFP process for Memorial Hospital. The bids are in, and Health One has released the details of their bid. There is a law called the Hospital Transfer Act that requires the proceeds of a sale to be used for health-related or charitable purposes. Essentially, the $500 million up-front payment from Health One, were they to be the winning bidder, would have to be used for health programs or other charitable purposes. Interpretation is needed. I will oblige.

My interpretation is that $100,000 per year of the $500 million could be set aside to increase bus service to this population of folks in wheelchairs. The primary reason for their requested increase in bus service was to get to their doctor appointments. I submit this is a health program and should be allowed under the Healt Transfer Act.

Anyone care to weigh in?

Laura Carno is a Political Consultant. She can be reached at www.lauracarno.com.

Email ThisBlogThis!Share to TwitterShare to FacebookShare to Pinterest
Labels: Health One, Memorial Hospital