What are Occupy Wall Street Colorado Springs Protestors Up To?

Two witnesses confirmed that the person kicking the cross is an Occupy Wall Street Colorado Springs protestor. The "kicker" has been seen on several occasions mingling and talking in the tent with OWS protestors.


We've all heard them say that they don't smoke marijuana at the OWS Colorado Springs protests - so I'm sure the fellow below wasn't really doing what we think he is doing: 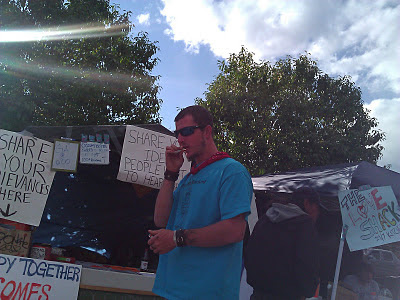 CSPD should do their job and move them out.
Posted by Jeff Crank at 11:00 PM