Hypocrisy of The Left: Photos from the Running On Empty Tour

Americans for Prosperity Foundation's Running On Empty Tour hit Colorado yesterday. The left continues to show their hypocrisy. As ProgressNow, a left-wing anti-jobs organization, continues to crank out press releases about "ending subsidies to big oil" they seem to neglect that Americans for Prosperity Foundation is opposed to subsidies to oil companies and government intervention in a free-market system.

Yesterday ProgressNow forwarded photos of their "counter protest" of AFPF events in Colorado and one photo showed their billboard stating "Big Oil Gets Tax Break$, Grandma Gets Medicare Cuts." Only one problem - the photo they forwarded to the media only showed their billboard - it didn't show the gas-guzzling SUV that was pulling the billboard from AFPF event to AFPF event. Here's the photo that I forwarded to the Denver Post so they can understand the hypocrisy of the left: 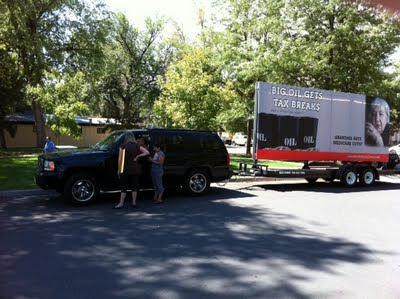 Oh, and they keep attacking me by name - which is proof positive that you - the patriots fighting this battle - are effective. And to my friends over at ProgressNow - thanks for the name id on your signs and keep the hypocrisy coming. 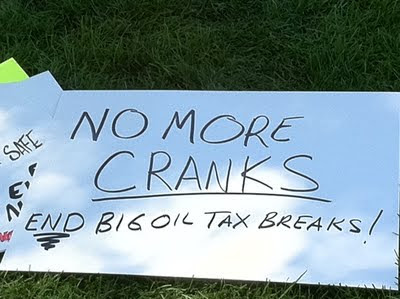 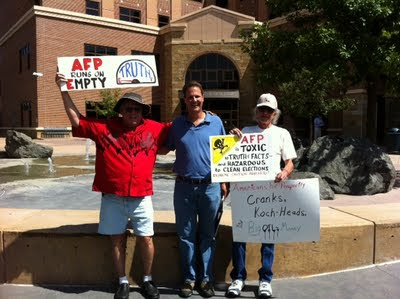