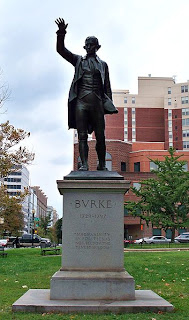 If you are like me, you see this phrase frequently on the blogs. Other than being derogatory, I often wonder exactly what it means. Since it seems to be aimed at people who share my views, I should know. Perhaps next time it’s used, I will ask the user to define it. Until then, I will take it as a compliment, as the way I would define “Tea Party, neo-conservative wack job,” it is a good thing. (Maybe not the “wack-job” part – I guess that means crazy, but the Tea-Party and neo-conservative parts.)

For the first term, “Tea Party,” I would replace “wack-job” with “patriot.” Using it that way, I am proud to be a Tea Party Patriot, as I see this movement mimicking exactly what the original Tea Party did – the first warning to the current government that the people are mad, and changes need to be made. Rather than patriots, I’m sure the first Tea Partiers were also considered “wack-jobs” by many of their fellow Americans. To think that such a rag-tag bunch of colonists could take on the biggest, strongest army on earth and win - impossible! By government, I am referring to the Federal government. In the Constitution, the States are considered to be the “people.” So the people – the States, need to take on the Federal government, which has grown beyond anything the original Constitution ever intended.

To know that big, central government and planning does not work; we need only to look at the former Soviet Union. The writers of the Constitution knew this (smart guys!) and designed a system to give the central government just enough power to do its job – mainly provide for security from outsiders – but to leave the main parts of governing to the people – the States. Slowly over 235 years, the ship has gone off course, mostly since the New Deal, in my opinion. The Tea Partiers need to do the toughest job – stop the ship and reverse course. Then the “neo-conservatives” should step in and do what the “old conservatives” did not do – guide the ship along a path of “the ideal of limited government and liberty of individuals including freedom of religion, speech, press, assembly, and free markets." (Wikipedia) This is what should be the philosophy of neo-conservatives today or, as it was termed in Edmund Burke’s day, “classical liberalism.”

The battle line today is depicted as being between Republicans and Democrats, but I would define it a different way, as between “the people” – the States, and the Federal government. Of course the leaders in Washington don’t want us to see it that way, as they would prefer to divide and conquer us. Currently, they seem to be doing a pretty good job.

I would encourage everyone to send a tea bag to your representatives in Washington D.C. this April 15, to put them on notice that we are on to them. They need to start devolving power back to the States, as Reagan advocated during his term. Why in the world do we send so much money to Washington, only to have them mix it all in a pot, skim some off the top, redistribute and return it back to the people? For example, education - hardly anyone likes the “no child left behind” Federal program. Isn’t education one of the duties of the States? The 10th amendment to the Constitution states, “The powers not delegated to the United States by the Constitution, nor prohibited by it to the States, are reserved to the States respectively, or to the people.” Let the States be incubators of innovative ideas. Since it’s on a smaller scale, let each State decide how best to do education, etc. then others can copy what works. Only send Washington what is needed to do its job. Wouldn’t that be much more efficient? Top heavy corporations (and the Soviet Union) found this out long ago.

Since it is the 21st century, perhaps we could evolve some, and have the coming revolution be a non-violent one, based on words and reason. This would start with both sides refraining from using such inflammatory and derogatory words as “wack-jobs.”