They Know Better (Not) 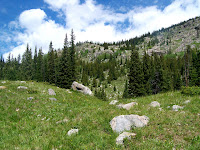 
The Denver Post recently posed the question of whether the United States was better served by a return to free enterprise and an entrepreneurial spirit or by continuing down the path of regulation and government invitation.

Two responses were provided. The Rider was almost unhorsed by the naïve liberal response…that big government was necessary because the lack of regulation and government control had directly led to the financial crisis. While this contributed to the problem, government pressure on the industry and Fannie and Freddie to provide home ownership to people who could not afford to own homes was at best the stimulus for poor credit decisions and more realistically one of a few major causes.

This revisionist history portraying big business as the sole culprit in the housing and financial crisis is indicative of a liberal belief that most of us are not smart enough to understand or remember what happened or, worse, it reflects a complete lack of knowledge of the history leading to the events. The Rider thinks that it is the first. Consider a few examples:

• The would-be Christmas bomber: The Administration’s initial response was to suggest that everything worked as it should. When the public didn’t buy that response, over the course of ten days the President used increasing levels of concern, finally declaring it an unacceptable failure. The hope apparently was that the average Joe and Jane wouldn’t know the difference.

• The promised open health care debate: When it became clear very early on that horse trading was only way the Democrats could pass a partisan (and potentially unconstitutional) health care bill, the seedy negotiations couldn’t be exposed to the light. The President has stayed silent on this issue (unlike the overexposure on most others). Do they think we don’t remember what he said?

• The Making Home Affordable program: Treasury announced a major “conversion campaign” for December in which servicers were to complete all modifications for which documents had been received by year end. They announced an intention to “shame” the servicers who weren’t performing. The basic problem: the program doesn’t address the issues that most borrowers face: a lack of income. During the month, Treasury made multiple changes in an attempt to improve the approval rates, creating havoc for the staff who have to keep learning new rules and procedures.

The latest dictate from Treasury: unless the property is non-owner occupied, servicers are forbidden to decline any modifications in during January, despite a myriad of other disqualifying factors. The borrowers are to be left in suspense. Treasury won’t say why. The Rider suspects they don’t want to publicly admit the program is poorly designed… better to blame the servicers. This one they will get away with…the complex labyrinth of program requirements was skillfully crafted to confuse even the experts.

There are many more examples of where our inexperienced but arrogant leaders are making decisions based on political optics instead of sound public policy. This intentional misrepresentation of easily demonstrated facts is weakening our economy and eroding our influence in the world. But that’s another sad tale that even the Democrats can see…

On to November!
Posted by Range Rider at 7:47 PM