Integrity and the Greater Good 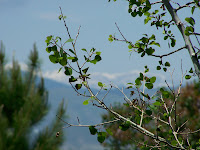 About a year ago, a friend of the Rider expressed disgust with the Republicans and the Democrats, suggesting that the Libertarians had it right. She had abandoned hope in the current system and was turning her attention to working with small business to help them survive the economic sabotage she felt was about to be delivered by the new President.

I disagreed with her decision to abandon politics… thinking that the Democrats, and especially the President, would misread the election as a mandate to shift to the left. It was really a flight from President Bush and the Republican Party’s free spending drift from the core values of limited government and free enterprise.

President Obama’s inexperience and ideological agenda have indeed been disastrous, and the Republicans will likely see significant gains in power in November. Watching the process of legislating the demise of the greatest health care system in the world… there are problems, but when was the last major advance made that was not invented here… I am reminded of third world influence peddling and corruption.

The democratic process appears to have taken a deeper plunge into brokered back room deals where integrity and the interest of the greater good are left at the bargaining table. Some resist, but the inexorable pull to go along to get along and bring home the bacon proves too great for many. Many people think Washington will never change.

The Rider says it has to change. The Republican party, as a matter of survival, must not only organize and win in November, but must also change the way Washington works. They must do what Obama said he would do, and it can’t be an empty promise. Fail, and the next generation will witness the demise of the present two-party system and the rise of new party that will serve the people, not themselves.