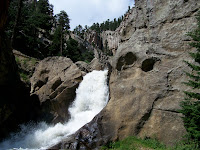 
A loud shot was heard on Capitol Hill today. Many will assume the noise was about looming inflation. Some may think it is part of a carefully planned and well-executed step to skillfully stimulate the economy, and then artfully control inflation. The reality: it’s a warning shot of the coming inter-generational war.

Today, the Democrats announced they intend to increase the debt ceiling by up to $1.8 trillion, to a staggering sum of $13.9 trillion. At the same time, the Senate and President Obama are beginning to talk of clearing the legislative agenda after passing health care reform and cap and trade so, believe it or not, they can focus on deficit reduction.

Inter-generational war is coming. Root cause: spending our children and grandchildren’s money today to benefit ourselves and systematically destroying the capitalist model that would give them a decent change to recover from this Administration’s ill-conceived experiment.

It’s clear it is a war that the American people don’t expect and wouldn’t want. The President’s plunging popularity is ample evidence. Yet the Chicago-style machine continues to grind down resistance through threats and intimidation. If Congress doesn’t want to regulate greenhouse gas emissions, the government threatens to use “command and control” to do so. … but the Rider digresses from the topic.

The current broad expansion of entitlement programs is being paid for by deficit spending, enabled primarily by China’s willingness to buy our debt. Our offspring will pay heavily with an inevitable and increasing tax burden, while US economic power slides into socialist mediocrity. And that’s the best scenario. Should China decide they no longer care to support our lifestyle and stop funding it, greater economic chaos will ensue.

Most American citizens and companies have taken the prudent course…reduced spending, making do with less, and working harder. Not the government: most departments will receive an 8 to 10 percent increase next year, with few programs that truly target a return to prosperity. Successful stimulus programs feature tax cuts for citizens and companies, and less money for the government. Never happen under the Obama Administration.

Young Americans will need to save even more and hope that they stay healthy. They will be forced to buy health insurance to subsidize the sick and older generations, fund Medicare that has expanded coverage to everyone 55 or over, pay more for electricity, have fewer choices of cars to drive, and wait until their health problems become chronic to receive care.

Make no mistake, they will fight back. They should and will win, and this aging Rider will be among their thundering herd.
Posted by Range Rider at 8:49 PM