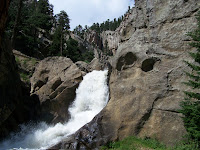 It’s been a rough ride for Colorado, but relative to many states, we’re still in the saddle. Our unemployment rate is lower than the national average, our housing market is in better shape than many, and our combined tax rates are the 12th lowest. What’s not to like?

Our relative prosperity is due in large part to our Tax Payer Bill of Rights (TABOR), which subjects increases in government revenue generation (read tax hikes) to the judgment of the people. Since the 2008 elections and rise of the liberals, TABOR has been under attack from legislative, judicial and executive branch action. They’ve mandated increases in education regardless of state revenues and raised millions in increased fees (simply another form of taxes) to avoid the good judgment of hard -working men and women about if and how their tax dollars are spent.

This behavior has led Colorado to its current financial shortfall, and is attributable in part to a disturbing trend in public policy: reducing complex challenges to superficial sound bites that support extreme positions, often misrepresent the truth and always drown out productive debate. Coupled with a strong liberal media bias, it is often hard to understand the real trade-offs that are at stake.

So we find ourselves in emotionally-charged shouting matches in which the details that matter, the issues that will lead to success or failure, are simply not discussed. Is the Pinon Canyon controversy truly only about the polar positions of military-based “jobs, jobs, jobs” versus property rights? Is balancing the budget really only a choice between cutting programs or raising taxes? Is health care reform really a choice between a complete government take over of health insurance and no action at all?

The answer is no in all three cases. Rather than assuming an ideological position, we need leaders who can solve problems, not position themselves. We need leaders that can provide a path to a logical resolution that represents the broadest set of interests and acknowledges the trade-offs inherent in the solution.

Senator Josh Penry and Representative Steve King, in separate statements, recently suggested a path for resolution for the Pinon Canyon debate that follows this formula, unlike most other politicians weighing in on the issue.

Similarly, Senator Penry has suggested that we evaluate all of our spending to make tough choices that are based on mission-critical government functions, and consider economic development opportunities and other growth measures in additional to changes in tax and fee policy. (Note: one could consider tax cuts as part of a solution, if history is any guide.)

Governor Ritter continues to be confused on how to solve the State’s fiscal woes, and is unwilling to address rationale concerns about the size, purpose and efficiency of his administration. Worse, he has focused most of his efforts to solve the problem through increased fees… since this form of tax increase doesn’t require voter approval… and the use of “one-time money” from the government stimulus (read our federal tax dollars). This isn’t a solution... it delays recovery and only postpones the pain.

The Rider knows which horse to follow…
Posted by Range Rider at 9:04 PM