The Real Hope for America 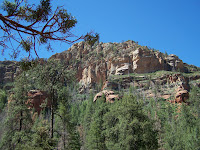 Much of what gets posted to blogs tends not to be uplifting. Get ready to sit tall in the saddle. Below is the essay I was asked to review for a young man I know who is applying to for Officer Candidate School. He has a college degree from a good school, is in his mid-20's, has work experience, and other choices he could pursue. I could not think of a single edit or improvement:

Why I Want To Be a US Army Officer

My experience with terrorism began not in 2001 with the attacks of September 11th, but in 1990 when I was issued a gas mask in anticipation of a missile attack. Not long after I received my mask I was awoken in the middle of the night by the piercing whine of an air raid siren. My family had done a few drills to prepare so I instinctively jumped out of bed and ran to my parents’ bedroom which had been sealed in advance. There my mother and father frantically helped me to strap on my mask before putting on their own.

We sat in the room staring at each other and listening to our own loud and rhythmic breathing until the television announced that Tel Aviv was no longer threatened. We repeated this process many times and luckily the Iraqi Scuds were relatively ineffective. But the idea that we had to fear a poison gas missile attack not despite, but rather because we were innocent civilians left an indelible impression on me.

I am thankful for the fact that I will always have that memory because it serves as a constant reminder of the forces against which Americans must battle. Whether organized as a government or as a federation of religious fanatics, there are aggressive, belligerent people who aim to do us harm. They dwell in the far reaches of the world and it is there that we must go to protect our nation. I, for one, feel unquestionable responsibility to fulfill that duty. To that end, it is my aim to lead men in combat in service to my country.

With that goal in mind I have taken it upon myself to refine my leadership ability, to improve my physical fitness, and to hone my language skills. Those are the conscious steps I have taken, and yet I feel as if I were born to serve my country. I have been blessed with a strong moral core and meticulous attention to detail. My parents put me on a path to the Army by instilling me with those traits, yet also helped me in unwitting ways. My father's heritage brought me to Tel Aviv. My mother's family, with a tradition of military service as old as this nation, instilled in me the patriotism and humble sense of duty that form the backbone of my life.

I am thankful for the opportunity to invest myself in a noble and necessary cause. It is not so much a matter of choice, as I could not, in good conscience, sit idly by while my countrymen fight. It would be a profound honor to serve that cause in the uniform of a United States Army officer.

Take heart... American values are alive and well in our young!
Posted by Range Rider at 6:55 PM