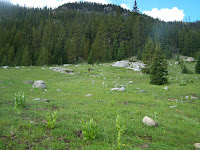 As the next year’s elections approach, politicians are on the prowl for issues to champion for publicity and vote-getting purposes. Such is the case with the proposed Pińon Canyon expansion, where some prominent politicians have seized this issue from the standpoint of economic development and insisted that the Army’s request for more land must be accommodated because of the potential for job creation and the importance of the U.S. military to the state of Colorado.

In the dialogue, some valid points are raised. The state of Colorado benefits greatly from the presence of Fort Carson, the Air Force academy and other military installations in the state. In fact, these entities account for $1.6 billion in the state’s economy. The Army has demonstrated their willingness to work constructively with the residents by whittling down the number of acres required to expand the training range from 418,000 down to 100,000 . The expansion of the training ground is important to the mission of the Army, and Coloradans are generally very supportive of the U.S. armed forces and their mission.

However, the residents remember that the Army seized the original 214,000 through the right of eminent domain. The scars from that acquisition still remain and contribute to the defensiveness of landowners when the issue is raised. In addition, although the expansion will create more jobs, the growth will more likely benefit Fort Carson and the surrounding area, almost a hundred miles away. The Pińon Canyon area, unlike Fort Carson, will also have to suffer the impact of the expansion in terms of increased noise and decreased desirability of the area in general. These folks are in danger of losing their homestead and may have to find a new start and potentially a new way of life. They deserve to be heard and have a choice.

There is no solution that will satisfy everyone involved. However, to assume there is no possible compromise is short-sighted. While ranchers are now protected by HB 1317 that prevents Colorado from selling state land to the Army, there may be some landowners who would be willing to accept a reasonable offer to sell their property. These individuals should not be denied the opportunity to offer their acreage for sale to the Army. It’s possible there might be enough interested parties to enable the Army to obtain the land they need for expansion when coupled with the available state land.

The Army would help their cause by making a greater effort to explain the need for the expansion, what other options have been considered and frankly discuss the ramifications for the area in relation to increased traffic, noise, and loss of land and water rights.

It is not helpful to have politicians creating a polarizing environment. The emotions stirred up by the one-sided or incendiary views of some politicians do nothing to advance the process. The residents of Pińon Canyon have the right to carefully review the factual information pertaining to the situation and make a rational decision regarding the interests of their families and community. Range Rider thinks the politicians should get off their high horses and work together to help find a solution.
Posted by Range Rider at 9:28 PM