Tough Times for Allies of the United States 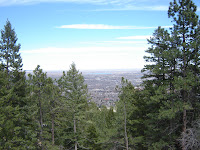 The Administration’s decision to disavow commitments made to the Eastern European countries to provide missile shield protection is troubling. The timing of the announcement, which effectively abandoned our democratic allies in favor of Russian interests, was inauspicious. It was announced on the 70th anniversary of the invasion of Poland by the Soviet Union.

The decision was explained as a shift in strategy to concentrate resources on the growing threat of short- and medium-range Iranian missiles. This explanation is not to be taken seriously. The idea that the Iranian missile threat is limited to short-and medium-range missiles is contradicted by the long-range missile test conducted by Iran earlier this year. Even if a long-range test hadn’t already occurred, it would obviously be the next step in the process. Would it really make sense to wait until the Iranian long-range missiles are perfected before we begin to plan for our defense? Anyway, the cat was already out of the bag with this decision in February, when Administration officials leaked their plan to end the missile shield defense shortly after President Obama’s inauguration.

Certainly the explanation did not provide solace to the angry Czechs and Polish citizens who fear aggression from Russia much more than attacks from Iran. The treatment of these fledgling democracies, with which the United States had developed warm relations, was yet another example of the callousness with which President Obama has treated our allies. Consider the situation in Honduras, where the United States is sanctioning the lawful government because of their unwillingness to allow former President Zelaya, a Hugo Chavez ally, to return to the country after being ousted for unlawfully seeking a third term in office in violation of the constitution. Dictators Fidel Castro, Daniel Ortega and Hugo Chavez are joining the U.S. in their zealous effort to reinstate Zelaya. While their behavior is predictable, it is harder to fathom the rationale for the U.S. position in this matter.

The Colombian government, a close ally of the U.S., has had the free trade agreement approved in the Bush Administration placed on indefinite hold by Congress at the request of labor unions in the United States. This agreement, which would lift tariffs on American goods sold in Colombia, would clearly be beneficial to American businesses and strengthen our alliance with the Colombian government, but it is stalled for the foreseeable future.

It would appear that President Obama’s strategy is to focus on winning over dictators such as Hugo Chavez and Vladimir Putin. If it puts other relationships, forged in past years with American allies in jeopardy . . . well, that’s just the way the cookie crumbles.

The naïveté and futility of this approach is plainly evident. These leaders have no interest in freedom or democracy in their own countries. Their ambitions put them at odds with the national interest of the United States. By making a priority of winning their favor, the Administration will tend to make concessions that are not beneficial to our country. Hence, the decision to abandon the missile shield interceptors, while delighting the Russians, will not necessarily result in a comparable concession on their part. After all, they’ve already achieved their objective.

In the meantime, we have betrayed our allies, demonstrating to the world that commitments from the U.S. are not to be relied upon.
Posted by Range Rider at 9:37 PM