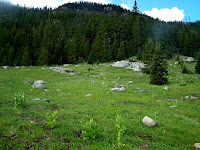 As fall approaches, it’s becoming increasingly clear that the dynamics of our democracy have been altered with the election of President Obama. Traditionally, our congressional leaders return to their districts during the summer recess and hold town meetings with their constituents to discuss pending legislation and other matters of concern to citizens. It is the right of every citizen to share their views on these issues with their elected representatives.

This summer, the level of participation in the town hall meetings was unprecedented. Normal attendance at these events might be expected to be a small handful of interested citizens. Instead, many legislators found hundreds of animated constituents ready to express their views. It was astounding to witness the scorched earth response to this exercise in responsible citizenship. The Administration dismissed the understandable concerns expressed by ordinary citizens uninformed, characterized them as pawns of the far right and—in a particularly scurrilous comment—as Nazis. Where were these scolds during President Bush’s term, when virulent disagreement was hailed as a sign of patriotism?

This situation raises numerous questions. If you find it difficult to ignore the many inconsistencies in the President’s statements, does that make you misinformed? Don’t elected representatives have an obligation to listen to the concerns of the populace they represent? Why is the press acting as the President’s cheerleader rather than analyzing the details and impact of what is being proposed?

The United States of America has prospered under an entrepreneurial system, where better ideas and willingness to work hard have the potential to reap great rewards. The opportunity for financial gain provides a powerful incentive for risk-taking and hard work, and it has been responsible for the unparalleled success of business in our country. Most Americans understand that it is this system that makes our country the “land of opportunity,” and cherish our freedom to live our lives as we choose.

President Obama does not appear to appreciate the importance of the private sector and is pushing an agenda that would diminish the reward for individual success. He would replace it with a plodding bureaucracy that would control costs by rationing services such as health care in the same way it administers all government programs . . . by redistributing the wealth of citizens. While a certain amount of redistribution is necessary for the good of the less fortunate members of society, a point will come where the transfer of wealth destroys the entrepreneurial system. If a majority of hard-earned income will be redistributed through state, local, and federal taxes, the question will arise: Is it worth toiling and taking risks just to feed the government bureaucracy?

The ideas coming from this Administration are not new. National health insurance exists in Canada and the United Kingdom. It has proven to be enormously costly and has led to rationing of care. The result of the enormous debt that is being amassed is higher taxes and probably inflation. Living beyond your means is not a sustainable model—at the individual or national level. Americans understand this and have endeavored to tailor their budgets accordingly. They don’t understand why the government doesn’t follow this example.

Abraham Lincoln had it right when he said:

“I am a firm believer in the people. If given the truth, they can be depended upon to meet any national crisis. The great point is to bring them the real facts.”

The Administration would do well to take Lincoln’s belief in the people to heart. Americans have an uncanny ability to ferret out the truth when it is not forthcoming. So far, those on the left appear to be in two camps: those who think they know better than the people, and those who are sufficiently uninformed to believe their own misinformation. The Rider wouldn’t pitch his tent with either…