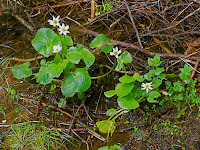 • From Mandolin Rain by Bruce Hornsby


Independents and others that cast their vote and our future with then-candidate Obama must feel the melancholy so well expressed in Bruce Hornsby’s sad song.

The euphoric rise of the seemingly bright, articulate, post-racial bipartisan candidate Obama convinced many that a new day was coming, that we (including the First Lady-to-be) would be living in an America of which we “could all be proud of at last.”

His stirring speeches and fiery passion, although lacking detail, gave many hope that once again the nation could turn from troubled times to enter a more united, peaceful and prosperous era. And we would do it together, sweeping away the rancor and bitterness that had characterized national politics for so long. The campaign cry “Yes, we can!” symbolized the hope many saw in the candidate, despite the many questionable relationships and long-term affiliation with far-left activists. Somehow, he was “mainstream.”

And so candidate Obama became President Obama. With rock-star status at home and abroad, the new President entered the world stage. And the dreams began to die…we lost all of our hope for change in a matter of months.

I won’t replay the many instances where we have returned to politics as usual, or where the President’s inexperience, empty promises or simple hypocrisy have eroded the nation’s…. and the world’s… confidence in the neophyte leader. The list is simply too long and can be found chronicled elsewhere. Just a few from the last few weeks are sufficient make the point:

• The specter of questionable relationships and poor judgment in selecting advisors was rekindled by the ACORN revelations and resignation of Van Jones.

• The delegation of accountability of his signature health insurance reform to a deeply divided Congress, while making countless speeches riddled with vague admonitions and unabashed insistence on unobtainable combinations of outcomes (health care for all with no budget impact, keeping our plans if we want them, at no cost to taxpayers or small business)

• The hypocrisy of avowing that actions taken in good faith by previous administrations should not be investigated, then permitting his own Attorney General to do just that.

• Terminating plans for missile defense of Europe, apparently abandoning America’s pledge of support for the threatened young democracies unfortunate enough to share a border with a bellicose Russia.

• In yet another bow to the labor unions, our President may have started a trade war with our principle trading partner, China, over tires.

Some from the left are also unhappy with the President, for his decisions to stay the course in Afghanistan, or advocate for teacher performance standards. While one might say this suggests the President is plotting a wise, balanced course, it simply reminds me that the American people didn’t get the future for which they voted.

As Charles Krauthammer so aptly pointed out in his column yesterday: “Obama doesn't lie. He implies, he misdirects, he misleads -- so fluidly and incessantly that he risks transmuting eloquence into mere slickness.”

The Rider knows the sorrow that comes from disillusionment… followed by anger and determination to redeem our freedom and fight for our principles.