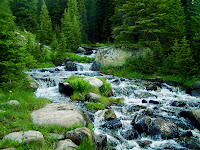 Range Rider Gets a Check Up

How many legs does a dog have if you call the tail a leg? Four. Calling a tail a leg doesn't make it a leg.

The American public has been warned to beware of misinformation that has been disseminated by the opponents of the Obama administration’s plan to overhaul the healthcare system. The repartee between legislators and concerned citizens tells a different story . . . ordinary citizens have evaluated the information coming from the administration and concluded that it’s the Administration’s assertions regarding the benefits of Obamacare that don’t add up.

"After all the chatter and shouting and the noise," Americans will soon have more and cheaper options for health care. . . Obama reiterated that the plan would be paid for without adding to the nation's soaring deficit.”

· Check Up: The CBO has reviewed the health care bill passed by the House of Representatives and conservatively estimated that passage of the bill will increase costs by $1 – 1.6 trillion.

“Your health insurance will be there for you when it counts, not just when you're paying premiums," Obama said to applause at a local high school.

· Check Up: While the President is attempting to placate citizens who are happy with their health insurance, by introducing the government as a provider of health care, the inevitable result will be to drive health insurers out of business. After all, the government can use subsidies to lower the cost product.

President Obama specifically addressed the issue of “death panels” deciding whether elderly citizens would be able to receive care. He denied this was the case and indicated the rumor started because of the inclusion of counseling services for end-of-life care, living wills and other services was included in the bill.

· Check Up: The concern is justified, as it relates to a section of the bill that creates a panel of experts that would decided which services would be available to citizens under the plan. There was also a provision to pay doctors to initiate “end-of-life” discussions with senior citizens . . . this was widely viewed as a way to pressure elderly patients into deciding in advance to decline medical intervention in certain circumstances.

We're not talking about cutting Medicare benefits," he said, trying to reassure one questioner.

· Check Up: The House bill pays for a significant portion of the additional costs associated with the plan by sizeable cuts in Medicare and Medicaid. Even though benefits to patients are not directly cut, it will become very difficult to find medical care in an environment where doctors’ reimbursements have been reduced significantly.

"They do it all the time," he said. "UPS and FedEx are doing just fine. ... It's the Post Office that's always having problems.

· At last, here’s a truthful statement . . . and the heart of the reason why people fear Obamacare: the private sector does a better job!

Most folks can see the inconsistencies in the line that’s being peddled by the administration . . . promising continuing excellence in healthcare while expanding coverage to the entire population and it will actually save us money "by bending the cost curve down." It’s snake oil they’re peddling, pure and simple.

The fact is that the numbers just don’t add up. This rider knows, like most folks, that most healthy dogs have four legs…