Charge Bill Ritter's Campaign for Your Message To Mike Coffman. Here's How. 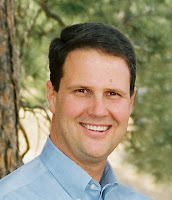 A friend sent this Ritter campaign attack on Congressman Mike Coffman to me. You see, on the Pinon Canyon expansion issue, Congressman Coffman has been the biggest defender of four things:
1. The right of our military to properly train for battle.
2. The private property rights of all ranchers -whether they want to sell their land or not.
3. Fort Carson - the number one employer in the state of Colorado.
4. The truth.

Now this gets good so make sure you read on. The Ritter hate piece on Coffman which was sent to me has a link which you click in order to "Condemn Rep. Mike Coffman's Smears". The link then takes you to a Bill Ritter for Governor campaign site and asks you to "send a message to Congressman Coffman." You see where I'm going with this?

Given that Congressman Coffman has been defending the principles above and Governor Ritter has chosen to trample on those principles, not to mention the economic well-being of southern Colorado (including property owners who might like to sell), I chose to send Mike Coffman a message - but it probably isn't the one Bill Ritter wants me to send. Best of all, I charged Bill Ritter's campaign to send the pro-military, pro-property rights message of thanks to Congressman Coffman. I hope you will take a moment to do this as well - after all, Governor Ritter has charged you an awful lot the last few years in higher fees and bigger government.

Here's what you do:

1. Click on this link to go to the Ritter campaign site: http://action.ritterforgovernor.com/campaign.jsp?campaign_KEY=2792&track=advocacy&tag=a-coffman

2. Read and Edit the Message. So Congressman Coffman knows this isn't Ritter hate mail, change the subject line from "Your June 4 Statement" to "Support for Your June 4 Statement". Next, you will see political double-talk already filled in by a Ritter campaign staffer that reads: "Dear Rep. Coffman:
As a Coloradan, I am alarmed by your recent statements regarding Governor Bill Ritter's principled decision to prevent an excessive expansion of the Pinon Canyon Maneuver Site.
In particular, I take issue with your June 4 statement, which makes the absurd claim that Governor Ritter "would be more sympathetic if the U.S. Army were to declare itself a terrorist organization," and questions his commitment to our troops.
The Army's overly-aggressive plan to expand the Pinon Canyon Maneuver Site would have devastated landowners, Southern Colorado's ranchers and farmers, and local communities throughout the region. Governor Ritter made the right decision by signing the Pinon Canyon Landowner and School Protection Act, which safeguards our national security and protects Southern Colorado's economic vitality.
I urge you to rescind your baseless and dishonest smear against Governor Bill Ritter.
Sincerely,"

Remove the above pabulum and replace it with something like I wrote. For ease, feel free to use exactly what I wrote:
"Dear Rep. Coffman:
I really appreciate Governor Ritter giving me the opportunity to thank you for your strong stand in favor of our men and women in uniform and your solid support of private property rights. I take great pleasure in the fact that I can thank you by sending this and charge Governor Ritter's campaign for the service which allows me to do so. God knows that Governor Ritter has charged me enough through higher taxes and bigger government over the last several years.

As you know, private property rights can and must be protected and they are not mutually exclusive to protecting the men and women who serve in our military. Thank you, Congressman Coffman, for not being a demagogue like Governor Ritter and just pandering to a select few when you can, in fact, support those farmers and ranchers private property rights and our soldiers by opposing eminent domain and supporting the right of property owners to sell their land to anyone they want to - even if it is the U.S. Army.

P.S. Please don't allow Governor Ritter's campaign to use my contact information to solicit me for their war against the men and women who train at Fort Carson - Colorado's largest employer!

And don't forget, Congressman, this message was "Paid for by Ritter for Governor"

4. Press "send my message!" and charge Bill Ritter's campaign committee for your email to Congressman Coffman.

5. Smile. You have done your work for your community and your Country today.

6. Thank God you live in a country, defended by the finest military in the world, where you have the right to speak out against your elected officials.
Posted by Jeff Crank at 4:12 PM